I went to the movies a couple of nights ago. It was my first since “Interstellar” (which was a good one, by the way). I missed some great ones over the last 6 months or so. I missed the first part of “Mockingjay” and the final chapter of “The Hobbit”. And I missed “Selma” too. I will definitely see those soon, but I missed seeing them on the big screen. I don’t go to movies often, as I usually go solo. I’ve had people offer to accompany me, but if I go at all, it’s usually a last minute decision. So I go alone.

I read the Divergent series last summer and I liked it a lot. The first movie was a bit of a disappointment, but I was hopeful that the second installment would redeem the series for the big screen. And, though still lacking for me, it reminded me of some of what captured my attention in the books. Besides the fact that there was a good love story between the major characters, I found the idea of divergence, as seen in the story line, something I could greatly identify with.

The “Divergent” series is a dystopian story of a post-American future where the current middle-American landscape is split into five factions, based on personality (somewhat). Each faction was born out of the premise that society is lacking something, but each has a different idea of what it needs more of. Abnegation is the faction of the selfless servers, because the problem is that people are too selfish. Candor practices unrestrained (even brutal) honesty, because the problem is that people cannot trust each other if there is any deceit. Erudites are constantly seeking more knowledge, as ignorance is the enemy. Amity is the peace-loving faction, who would probably agree with John Lennon that, “All we need is love,” because there is too much enmity in the world. And, lastly, the Dauntless – because people live in fear and are afraid to take risks.

Everyone is born into the faction of their parents (and both parents belong to the same one). Once a year, all the youth who turned 16 over the course of the last year are given an aptitude test to determine what faction they are most cut out for. But no matter what the test determines, they are free to choose their own faction. A ceremony takes place where all the 16-year-olds, in the presence of their parents, choose a faction by coming to the center of the ceremonial room, taking a knife and making a cut in their palm, then dripping their blood into the bowl of their chosen faction. Most often, the youth choose the faction they grew up in, and are most familiar with. But not always. After the selection is made, the youth leave the ceremony with their fellow initiates, for their chosen faction’s training facilities, without the chance to explain their choice or say goodbye to their families. The initiates then spend weeks in training, with tests to see if they make the cut. Those that don’t, wind up factionless. Misfits. Considered unfit for any faction.

Now, I’ve often referred to myself as a bit of a misfit. And I have a heart for other misfits. I like people who don’t fit into neat boxes. Actually, I don’t really understand those who do. I don’t like boxes. Or cages. Or imposed limits.

In the story, there are people who have aptitudes for more than one faction (and only one can be chosen). If there is too much ambiguity as to their fit, they are deemed divergent. Those in power dislike divergents, as they can’t be controlled. Divergents are raised with a set of beliefs and practices that are assumed to be best (just as everyone is). And if one somehow sincerely doubts that worldview, he feels there is something wrong with him or his world. He then feels the need to go and find himself. So he tries on another faction for size, often unaware that he belongs to none, and possibly, lives for the sake of all.

It’s difficult growing up in a world where you feel you don’t fit in. It seems that there are those who decide at a young age what they want to be, and set out on that journey, never to look back. People who never seriously question the axioms of faith that were passed off to them by others. And then there are people like me who…well…don’t, …and do.

Some of us have that Erudite hunger to learn, the Abnegation desire to serve, the Candor need to be authentic and honest, the Amity love for people, and even the Dauntless quest to feel alive.

I hope to look at each of these factions (or worldviews) over the coming days (speaking optimistically) and at what good can be gleaned from each view. It is my great HOPE, and perhaps my true calling in life, to help people to learn to see the best in everyone, and to realize that the world can look very different from another perspective (and all perspectives are limited). And perhaps we can only truly understand the world by getting pictures of it from many different angles, and placing them alongside each other for study. A good friend of mine, who passed from this world just over 11 years ago, used to say, “I don’t have to agree with your view to get up and walk around in it for a while.” Perhaps if we try to learn why someone else sees the world differently than we do – I mean, really try – instead of thinking anyone who doesn’t see it as we do just doesn’t get it, we will ALL see the world more accurately. And possibly, in comparing understandings, some of us may need to choose a better path. A divergence, if you will.

Join me if you dare. First stop…Abnegation (part 2)

And comments are always welcome. 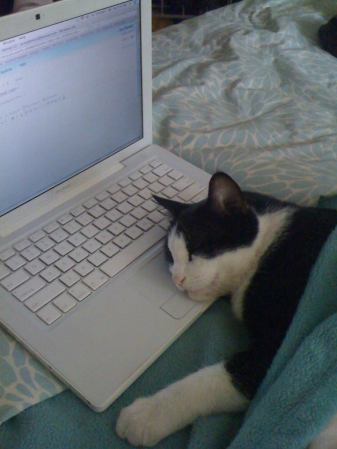